Bob Vaughan
Senior User
I'm loving this thread on several levels.
#1: Great examples of outstanding workmanship.
#2: Sure am glad I'm not the judge.

These are awesome. The only thing I would imagine they are too delicate to be played with by most kids. How do you keep these out of small hands. My kids would have stacked the bedroom furniture and climbed up to take these off the top display shelf!
J

Phil Soper
Staff member
Corporate Member
I was quite sure this contest would bring out some great entries, but never expected this level of precision and craftsmanship

Thank you all
T

tghs
User
scratch built 1/16th scale,, RAF 63ft type II HSL,,(48"long) model is the 145 several days before D-day.. these boats formed the core of the RAF air sea rescue,, the last chance for pilots and air crew that had bailed out or ditched.. model is wood, metal, resin, fiberglass, plastic and 3D printed.. several parts are made from wood from the real 145 (sadly rotting away in a back river marina) not quite finished, still needs final topside painting and rigging, model is radio controlled and tank testing show she should perform as well as the real boats did..

Richard
Senior User
The pic below is NOT my work unfortunately, so it's not a contest entry, but I figured I would share it anyway. My 3x-great granduncle, Gullik Gullikson, was a shipbuilder in Sweden who in his spare time would build model ships. (I wish I loved my job enough to do it in miniature in my spare time haha.) I imagine it is pretty accurate as these were the kinds of merchant ships he built in the mid-1800s. It came into my possession when a distant cousin passed a few years ago in Southern Pines and it was willed to my family. I've been meaning to make a nicer case for it. 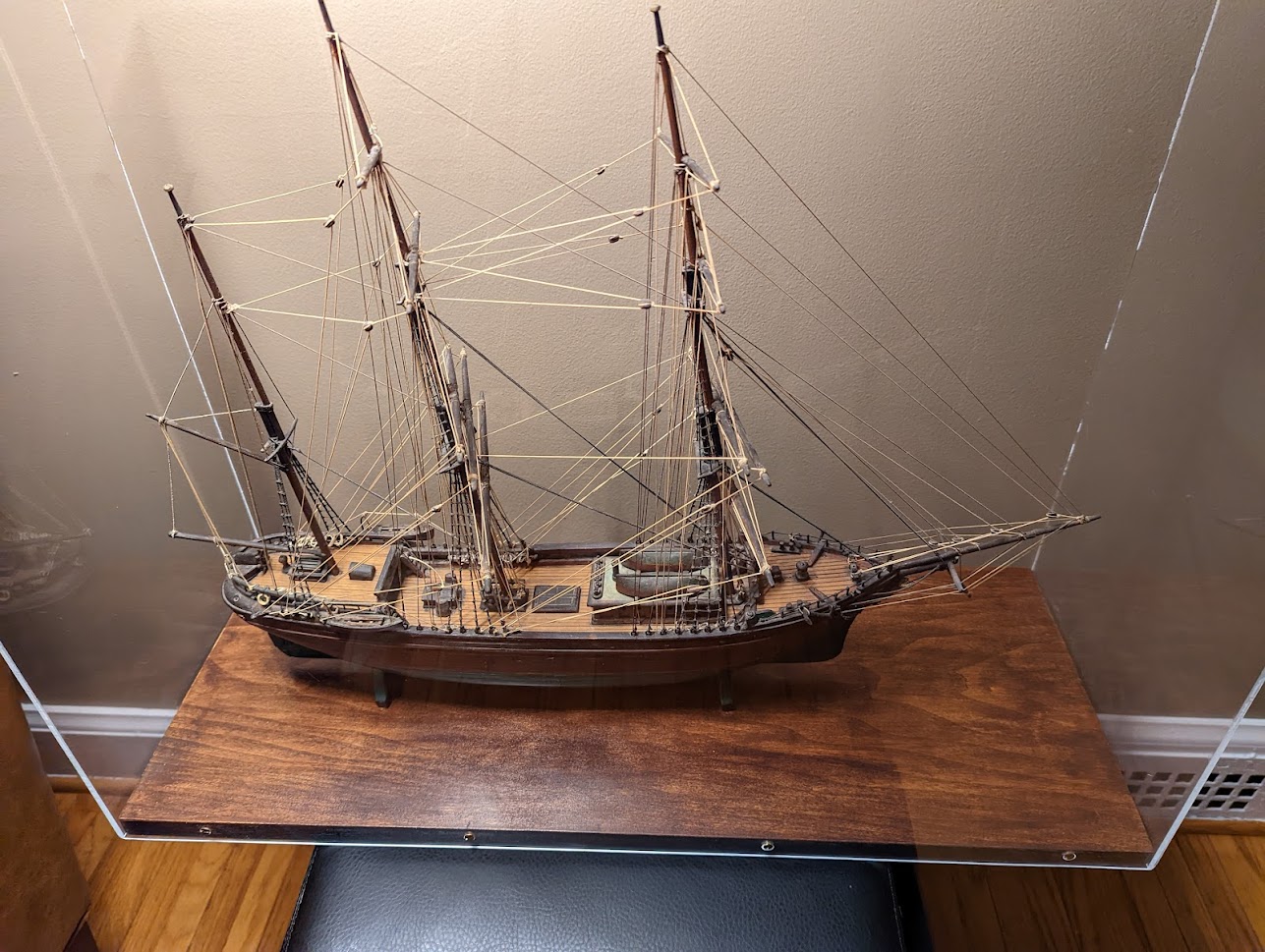 Ref
User
Not exactly "to scale," but I've started making toy cars and am making some of them in the shapes of actual cars. They're a great and fun use of the scrap bin. Here is a 69 Mustang out of pallet oak (glued up) and scrap walnut.

bob vaughan said:
While I've done lots of wooden toys, this entry, I think, is the only one I've done to scale and that's a pretty big stretch. I took the dimensions of my Wife's SUV and a side photo and scaled it to fit the wheels I had. On paper, the original looked sort of goofy so I took some liberty and made the toy cars a little off scale so they would look like toys. I've also made some scaled down tables and chairs for small children but I don't think that's what we're looking for.

I love how the wheels are set into the body of the cars! I've got to try that!

Dirk
Corporate Member
Does 30 yrs ago count? You guys have entered some awesome items . Great work 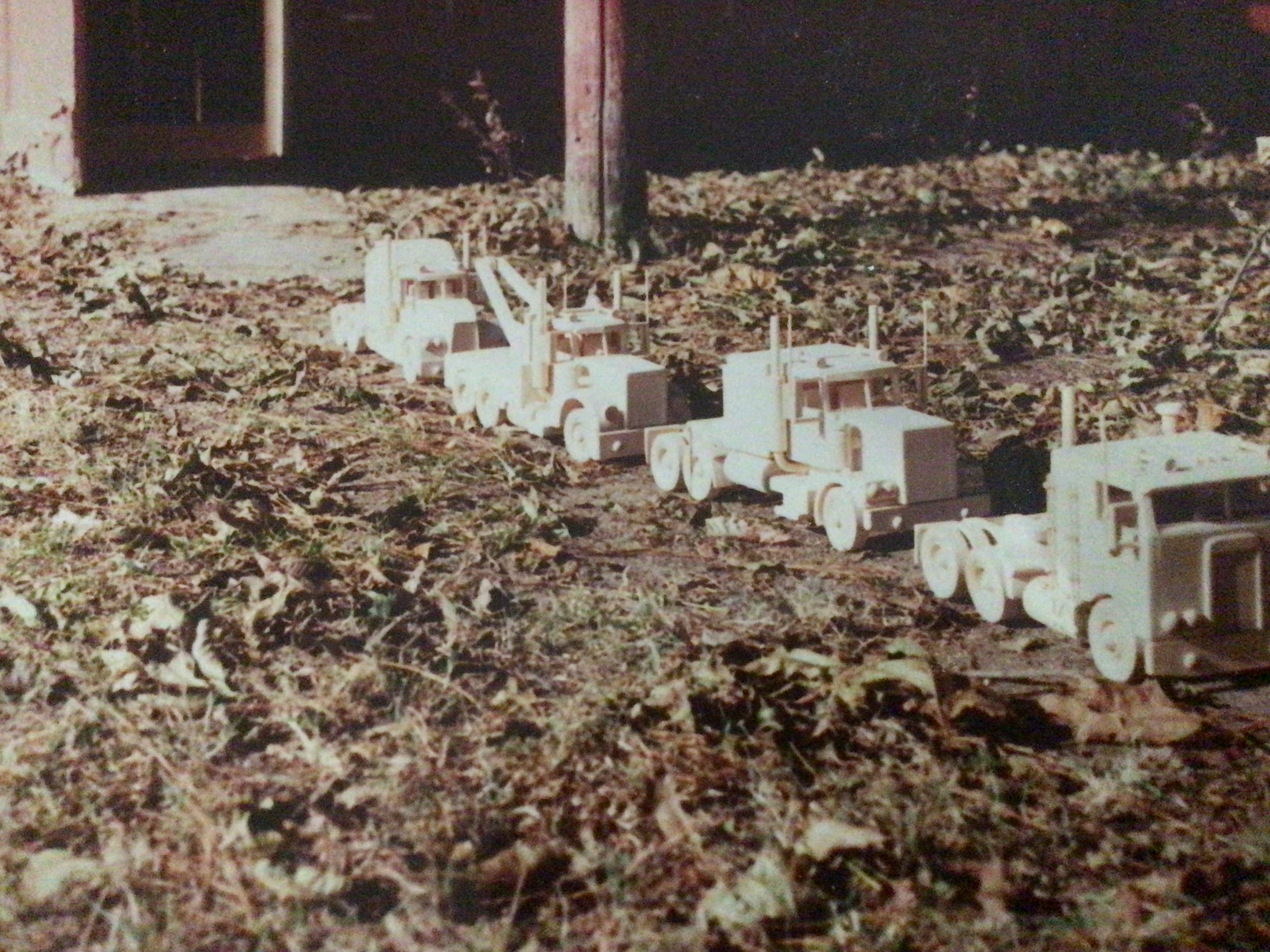 bob vaughan said:
I'm loving this thread on several levels.
#1: Great examples of outstanding workmanship.
#2: Sure am glad I'm not the judge.
Click to expand...

bob vaughan said:
I'm loving this thread on several levels.
#1: Great examples of outstanding workmanship.
#2: Sure am glad I'm not the judge.
Click to expand...

Sorry to let you know that you will be a judge - even if you can't decide like me!

Bill
Corporate Member
WOW ! ! ! We have some amazingly talented (and patient) members in this organization. This was one of the hardest choices I think I've had to make in one of these contest. There were 8 I wanted to vote for, but alas, we only get one vote. Great job everyone!

John
Corporate Member
Congrats Bill, well deserved! Rob, next time only post one entry instead of splitting your votes!