Yes, you can route cast iron!

DrBob
Senior User
I've seen it but just couldn't wrap my head around it.

That is, until I routed miter slot extensions into my outfeed table (its not installed in photo) and found out after the fact that the router must have slipped a bit and I routed a little of the cast iron.

The reason I mentioned this is I have two tablesaws. One is a 3HP and the other 1 3/4, but since they were the same manufacturer, I assumed the miter slots would be the same distance apart - WRONG!

There is actually just under 1/32" difference. Which is a pain because 3 different sleds I use are not interchangeable.

When I get up the nerve, I'm going to try routing one slot. Of course, that's going to make one slot wider so I'll do the one on the right. I don't use my miter gauge on that one. 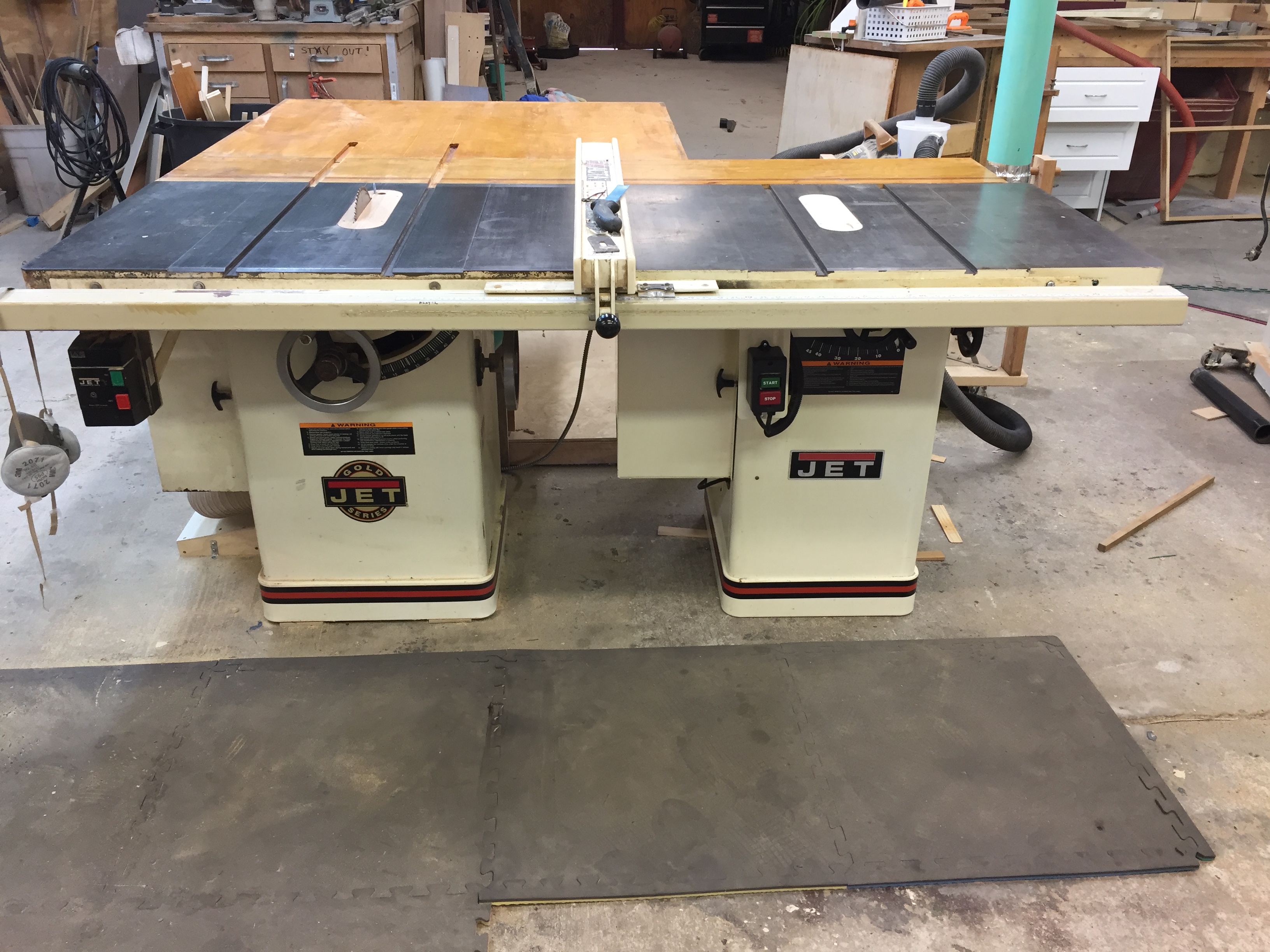 Neal
Staff member
Corporate Member
You can also cut a line in your tables top with a circular saw...I misjudged where the cut line was in addition to the depth the blade extended...
M

Bromley
Corporate Member
Good to know as a backup.. my Powermatic Model 66 miter slot narrows at either end. It's making it very difficult to set up the saw alignment. I'm going to have to come up with something to fix the slot family router may just do it in a pinch.
M

Richard
Senior User
I've seen Jack Forsberg do this before, though it scares the hell out of me. I have routed brass and aluminum before, though. Let us know what feed/speed/lubrication you end up using. With a 1/2" carbide tooling, the fastest you'd go on a mill would be 2600 RPM, which is about 1/3 the slowest speed of variable speed routers, which is one of the big reasons I don't like the idea.
R

Roy
Senior User
Before variable speed routers were common, I got one of those speed controllers from MLCS. You can turn the speed down to so slow you can see the bit spin. No torque, but plenty slow. I personally think it would be better to get a grinding bit in a dremel and rig up a fence guide to do your routing.

Phil Soper
Staff member
Corporate Member
I believe you could expand the width of your slot rather quickly and safely with a quality hand file. There are many files out there, but many are made with inferior metals and processes and these will just make the job at hand harder than it needs to be. I would source a 8 to 10 inch mill file. Vallorbe or Grobet would be at the top of my list

Mark
Corporate Member
A mill file on edge in the slot, held against the squared edge of a block of wood will straighten out the irregularities in a cast iron slot. keeping the wood block firm against the table top will give a square edge. (much like jointing the teeth on a hand saw) . You will need to have a file card on hand to keep cleaning the file, because the carbon in the cast iron will load it up quickly, and acts just like graphite lubricant like you would use in a door lock.

Regardless of the method you use, be prepared for a fine black sooty mess.