Richo
Senior User
Came back today from spending the week in the Greensboro/Winston Salem area. During the trip I visited several antique shops and bought some new-to-me tools. 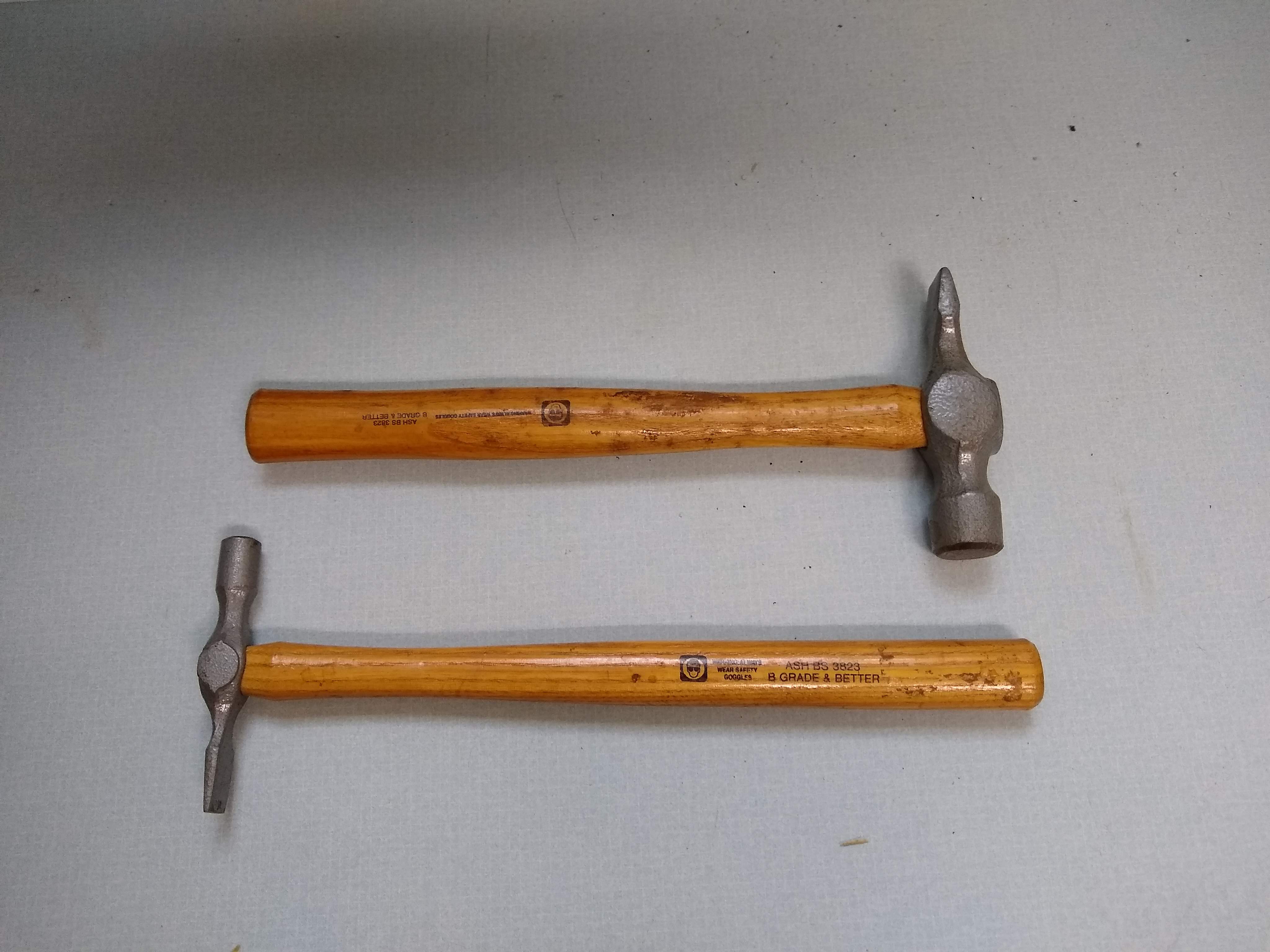 Next a set of picks and scrapers in like-new condition from a booth that sells new items at Granddaddy's Antique Mall in Burlington, NC. 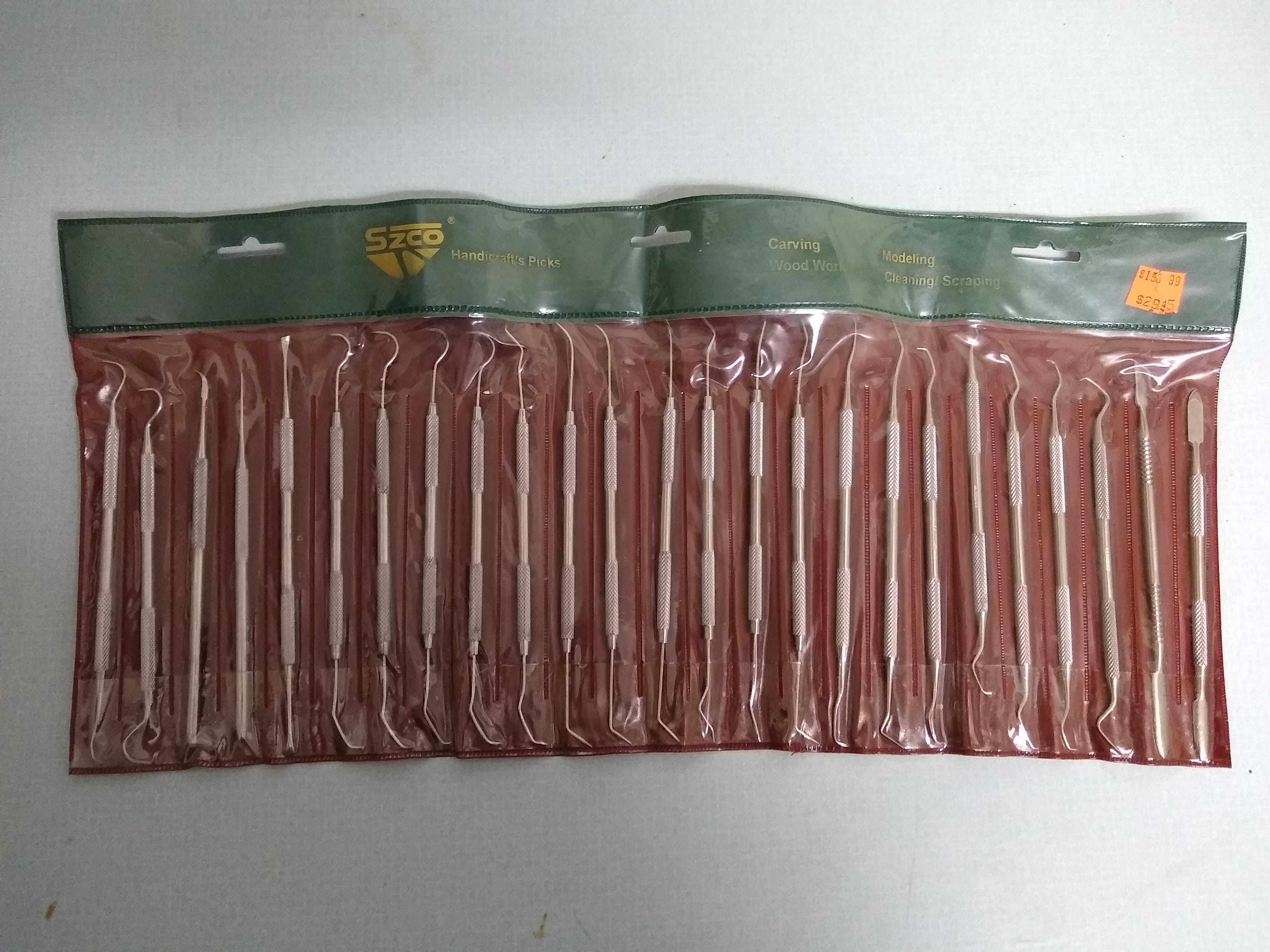 And finally today a Stanley Yankee 1555 Breast Drill by Northern Bros. Very similar to a Stanley Yankee Handyman 1545 that I bought a couple years ago, and is featured next to the one purchased today for size comparison. This drill was purchased at Trackside Antiques in Selma, NC. The 1545 was also purchased from Trackside and at the same booth so its quite possible that the two tools belonged to the same owner once upon a time. 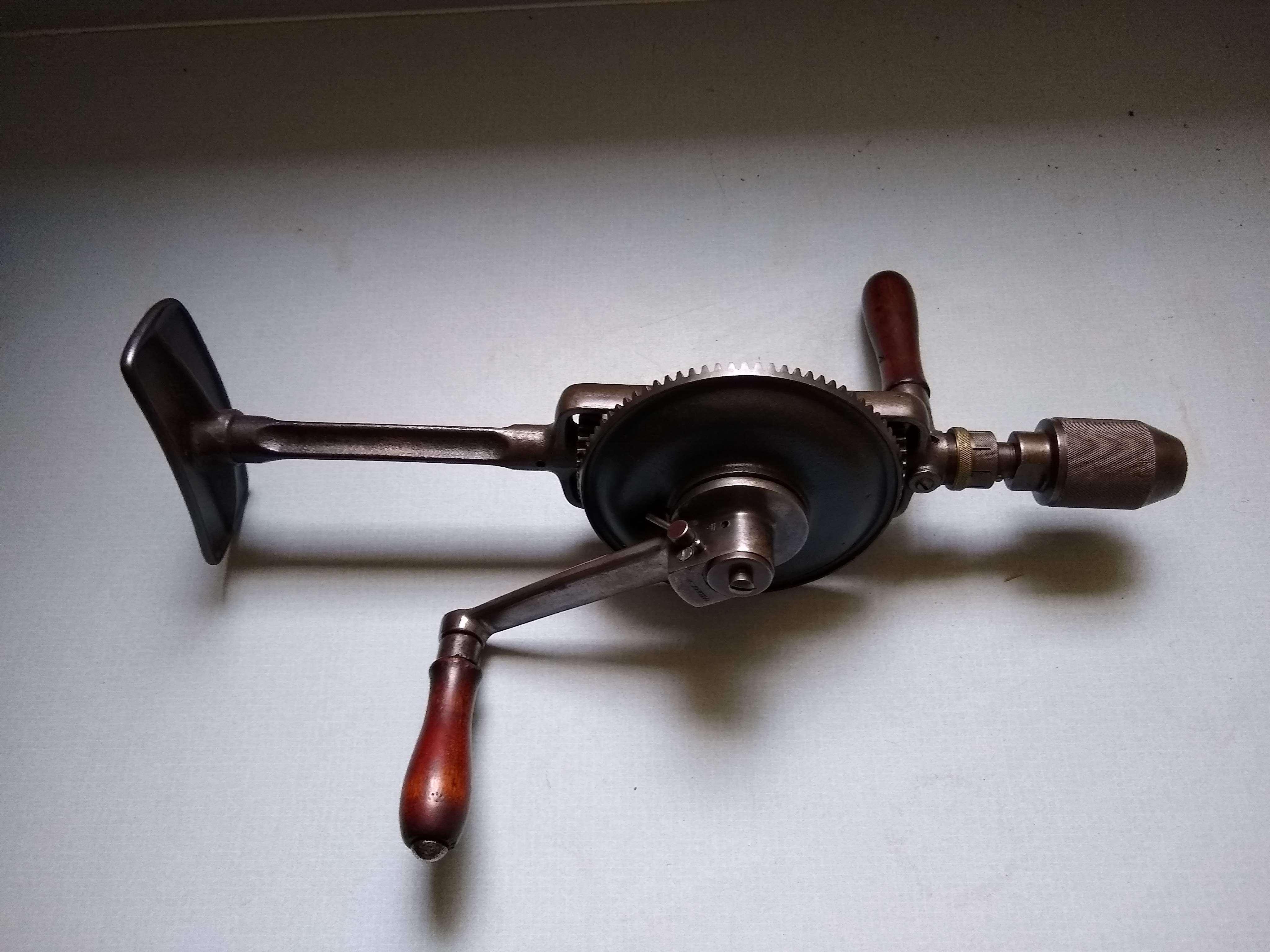 Hank
Corporate Member
Lover those Warrington style hammers Rich,
They must not have been there when I visited that last time - or they wouldn't have been left for you!!!
P

Pete
Great stuff thanks for those pics

Hmerkle said:
Lover those Warrington style hammers Rich,
They must not have been there when I visited that last time - or they wouldn't have been left for you!!!
Click to expand...

They were on a metal shelving rack downstairs next to a booth loaded with tools. There was also a Stanley Yankee screwdriver in its original plastic pouch, circa 1980's, that I thought of getting but did not. Though Yankee screwdrivers are a nice concept there is still the issue that for those not use to using them, we can still mar up a surface when the screwdriver end slips from the screwhead and onto the wood on the return thrust. That's why I prefer braces and these larger hand drills. Easier to handle, control and better torque.
You must log in or register to reply here.
Share:
Facebook Twitter Reddit Pinterest Tumblr WhatsApp Email Share Link