Claus
User
I’m looking to up my hand tool game, in particular hand cut dovetails. I have a corner in my shop by a big window that I think would be pleasant space to put a small bench with vise to work on. I don’t have room for a full blown bench and I’m thinking 12-18 inches deep and maybe 30-36 inches long.

So my question are- What depth would be too narrow? Would a 12 inch wide bench be wobbly when sawing? Any real world experience that you could share?

I have a pretty solid design and will be using SYP (ala Mr. Schwartz) and would love some real world input on workbench sizing for this purpose.

Scott
User
My main thought is that if you are set on doing something small, see if you can rigidly fasten it to the building so it doesn't move. You won't have a lot of weight inherently from its size and it might be prone to tipping if it is very narrow, but if you have it basically bolted in place neither of those should be a huge problem.

I have a workbench 90% done that is 20x36 inches. I haven't glued it up yet but I have done a small amount of rough sawing in the leg vise, and it works alright, but I am planning on putting some heavy stuff on the bottom shelf when it is done to increase the weight, since I can't bolt it in place.

I would say the things I realized while doing the small workbench build are:
That being said there could also be some convenient things about a 12 inch deep bench. It is kind of like half of a split top bench so it might simplify some clamping scenarios if you could still access the back edge.

Update your profile with your name
User
My first workbench was one of the Sjorberg starter benchs. The top was wxcellent but the base was fir and too lightweight. I built my own from ash 22” x 48” top and ash 4x4 legs. I built in a case beneath with 4 drawers. This small bench weighs 250 lbs and is solid as a rock.
if you go a narrower width,I recommend a dense hardwood for everything. The top should be thick to add weight and perhaps due to the narrow width, use tapered legs for stability. If there is still a stability issue, you can always attach the top and bottom of the legs to the shop framing

Chris
Senior User
I have a small Garrett Wade bench... Rhodesian teak. It's heavy for it's size....53x16. 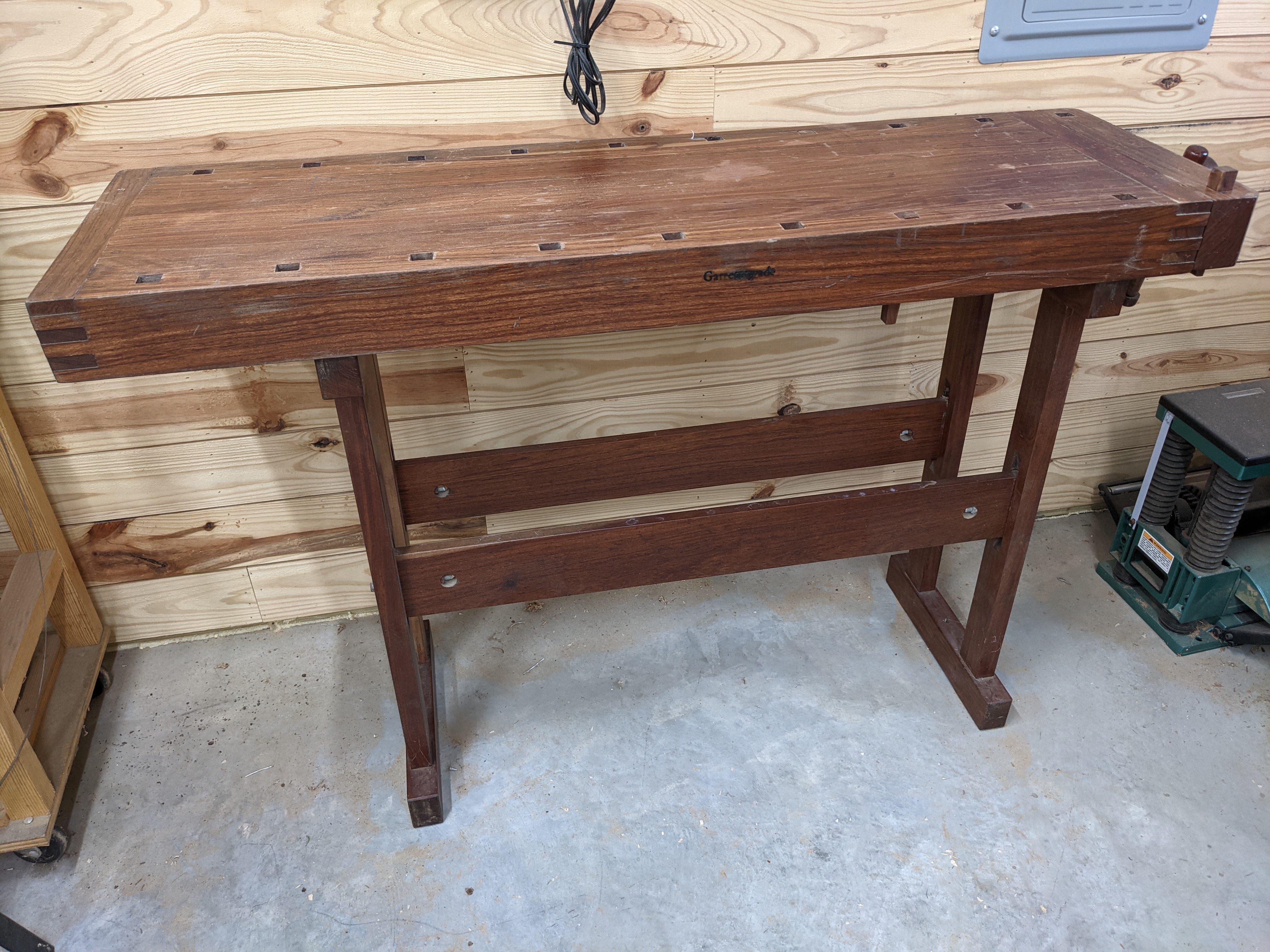 It gathers dust because of that.
O

Casey
Staff member
Corporate Member
Go to a steel supply and you can get a drop off cut.

Look for a W10x60 or W10x68 range get 5' cut to size and lay over the 2 cross leg borads. Now it is 250 lbs heavier. Then if you know where you want to set it, you can Epoxy in some 1/2-3/4" female thread inserts into the slab. Then drill coordinating holes in the wide flange web, bolt it down and will not move. Just with the extra weight it may not need to be bolted but then, I am always one to consider overkill.

It gathers dust because of that.
Click to expand... 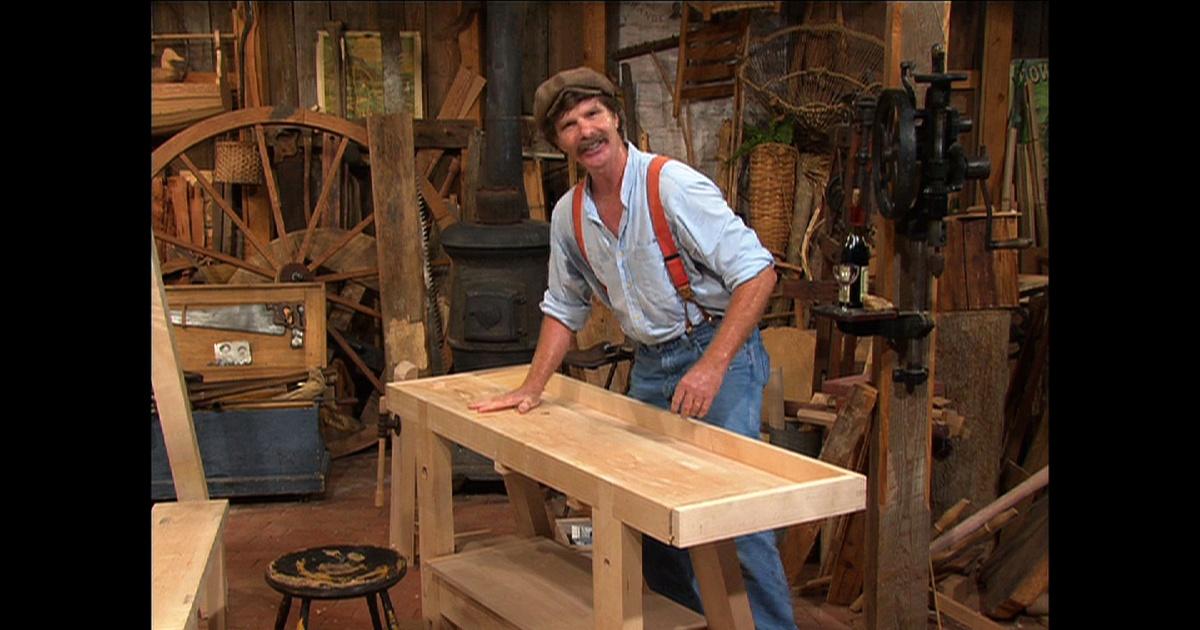 This workbench from Provence uses puzzling dovetails to join the legs to the bench top. 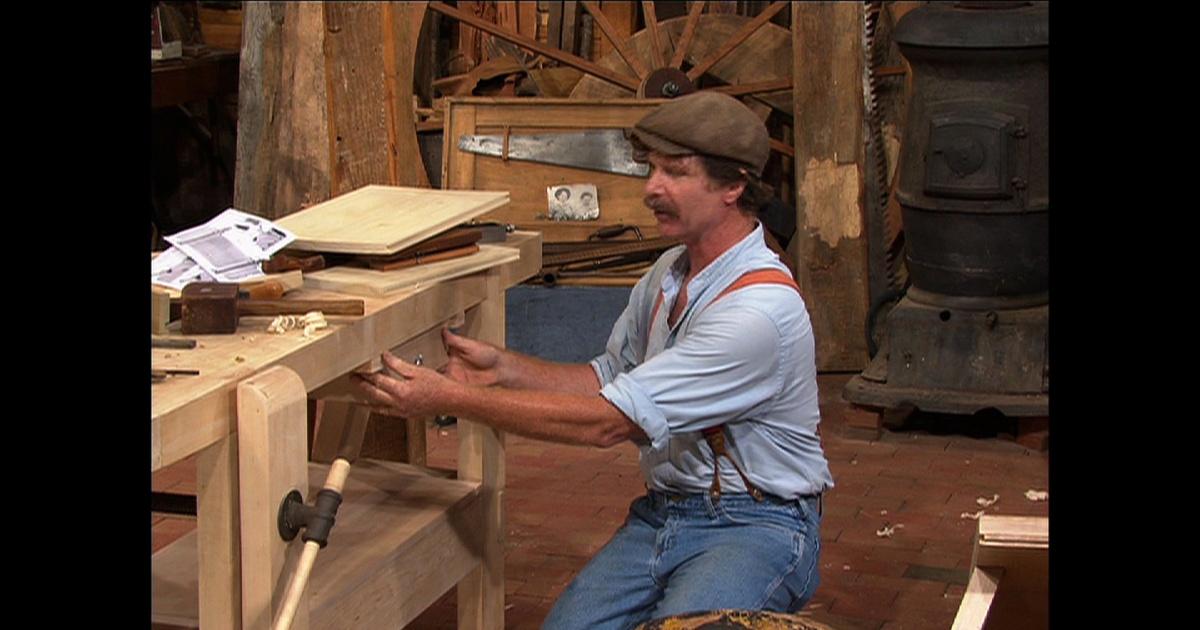 A tool chest, drawers and vises complete the workbench from Provence.

It gathers dust because of that.
Click to expand...

This is a really nice bench. You may want to consider making your own NEW base for it that is heavier. You might be solving 2 problems. This bench should not be collecting dust if is really nice.

Chris
Senior User
I'd hate to modify it. But a small and light base on a bench is problematic for vigorous work. And I don't really need it anyway..... 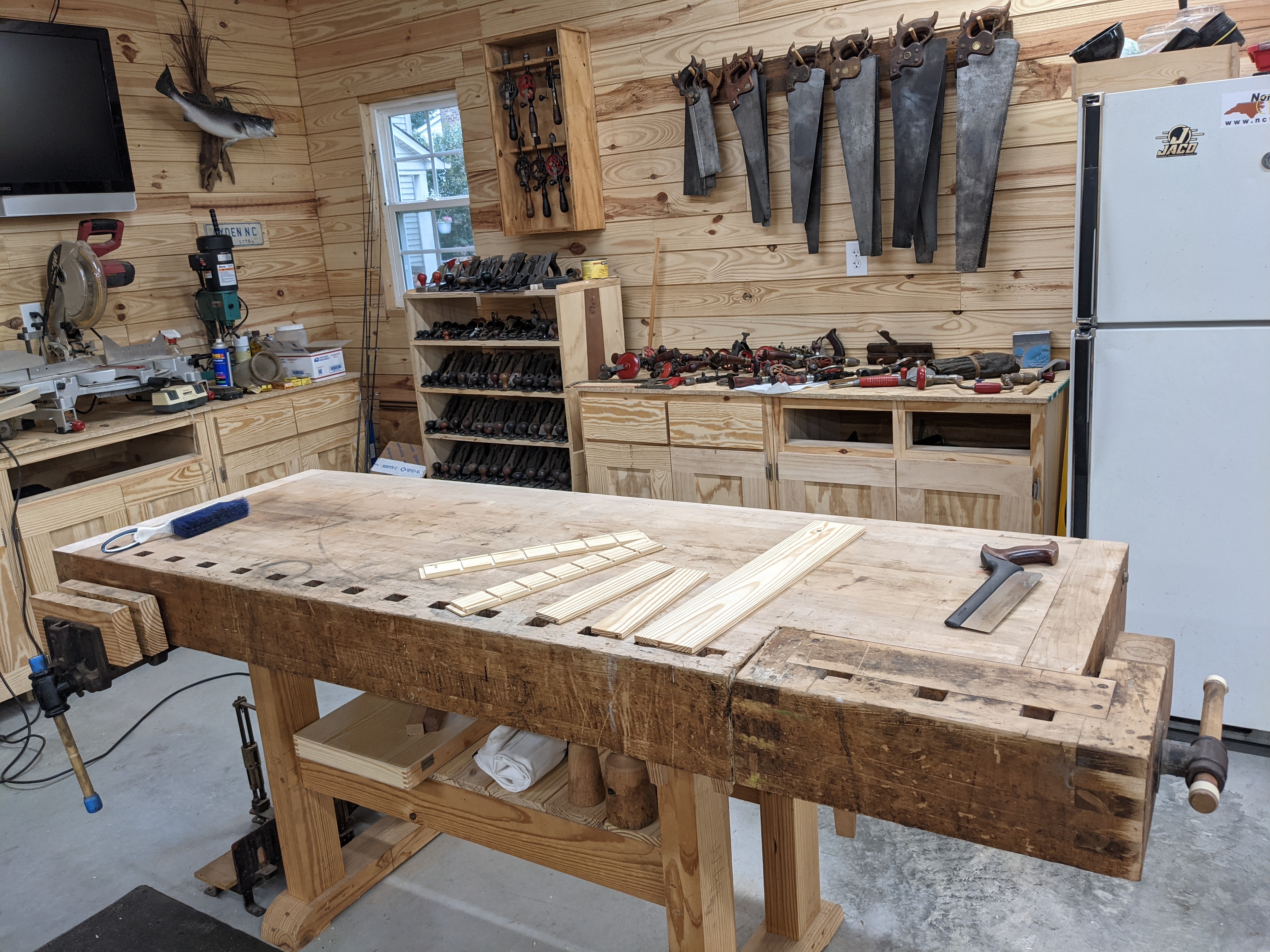 Linc H said:
This is a really nice bench. You may want to consider making your own NEW base for it that is heavier. You might be solving 2 problems. This bench should not be collecting dust if is really nice.
Click to expand...

Scott
User
Now I know why I have not found a decent #5 Bedrock for sale. Someone is hording them.

On the small bench, just set a shelf on the stringers for utility, and add a couple 4 x 4's across the base with some cement pavers on it. Nothing permanent .
I am hoping mine is solid enough. About 19 x 54 5 inch top, SYP. If I have to ballast it, so be it.

If you ever consider letting it go, give a shout.

DrBob
Senior User
For sawing dovetails a major conservation is the vise.

End or face vises and leg vises will only clamp up to a certain width, where as shoulder and Moxon vises can clamp widboards.

One option would be a Moxon vise built into an apron. The top would be thick enough for chiseling

tvrgeek said:
Now I know why I have not found a decent #5 Bedrock for sale. Someone is hording them.
Click to expand...

Go get a WoodRiver it’s basically a Bedrock. I have several. Excellent planes.

Yeah, I know, made in China. Get over it.

Notw
Senior User
@Phil S made a small bench a while back, it was deeper that what you are thinking but may give you some ideas.

NOTW said:
@Phil S made a small bench a while back, it was deeper that what you are thinking but may give you some ideas.
Click to expand...

I too was thinking of @Phil S 's bench - as others have stated, the mass of the bench is important. So acquiring a thick top and adopting legs for more mass and even having the "tool box" feature that Matt metioned in post #7 would allow you to put sand bags in it for even more mass!
You must log in or register to reply here.
Share:
Facebook Twitter Reddit Pinterest Tumblr WhatsApp Email Share Link