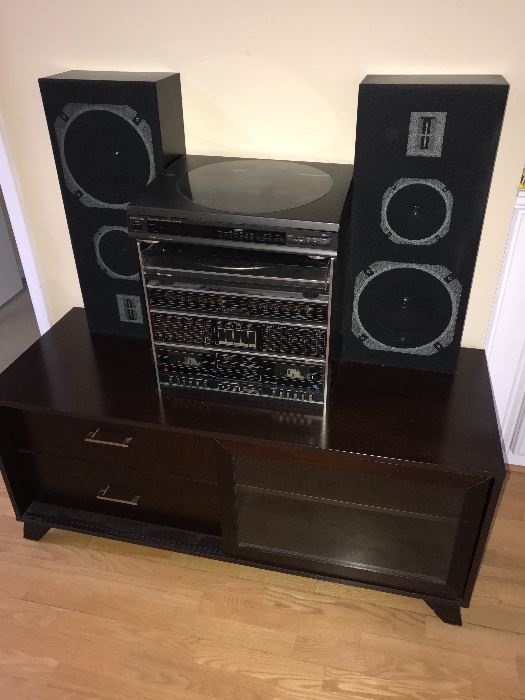 View information about this sale in Durham, NC. The sale starts Saturday, February 15 and runs through Sunday, February 16. It is being run by JMS Estate Sales & Service.

2/3 of the way down, there is a red tool that looks vaguely like a milling machine. Any idea what it is? 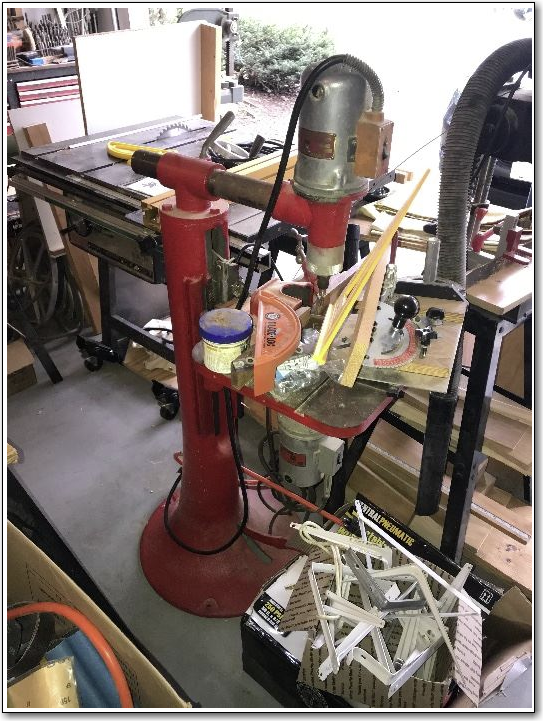 Is it a mill that is missing the X/Y table?

Scotty
User
That one has me scratching my head, it's why I originally wanted to go. Can't be milling with an motor mounted under the table also. I thought it was some type of press at first but most likely an overhead router.

Bob Vaughan
Senior User
there may be a sleeper there that didn't come out in the main photos. It looks like an early Sears/Atlas 9 or 10" metal lathe. That could be a plum for someone if the family didn't take it out of the sale.
How they price things will be the key. 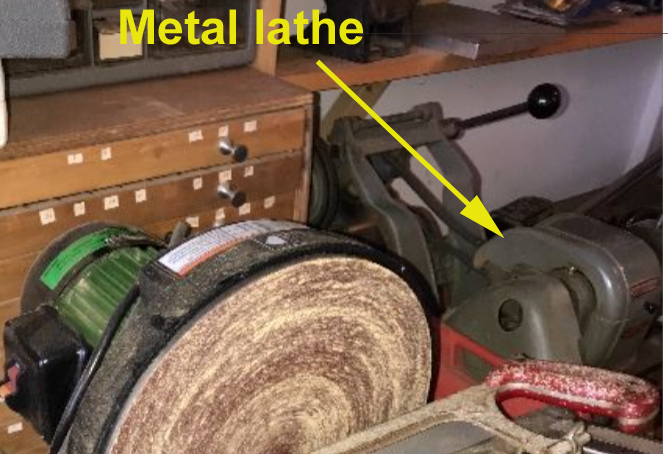 bob vaughan said:
How they price things will be the key.
Click to expand...

if it's like any of the other estate sales I've been to, on day 1 the tools are 75% of new cost, and then second day they are 50% off that price. Late in the day on day 1 I've scored some deals just by asking for day 2 pricing. Sometimes they do, sometimes they don't. And on day 2 I've gotten really good deals on the leftovers.
B

Bob Vaughan
Senior User
I see that sliding price scale often. What can be a treat is if the sellers can only find new prices on the Harbor Freight things or other more modern (polite euphemism for something not so polite) tools that can be easily cross referenced.
I went to one recently that had lots of yellow plastic & aluminum "machines" that were priced at least 60% of new. The old icky 1963 Delta 14" band saw with a riser block was priced at $60.00. The Delta 6" long bed jointer was $75.00 The 'table saw' was priced at $200.00. It was covered with stuff. I stood back and looked. Delta 2 HP single phase Unisaw. I twisted a friend's arm to make him buy it despite his saying that he was fine with his 1970s Craftsman table saw. He called a couple of days later thanking me and agreeing with my intuition that this was a huge upgrade. The long steel I-bar Hargrave 640 clamps weren't even priced because there was nothing like them in the Woodcraft catalog. They all went home with me.

You just never know what you'll find at these estate sales unless you go. Sometimes its a boom and sometimes not so boomy.
S

Scotty
User
Did anyone make it to this? I was traveling to Highpoint for a couple of vintage air compressors for sale so missed out on this but I wanted to know how it went.

Do tell. Let us live vicariously through you. Sad I missed it.

Robert
Corporate Member
It was about 1pm on Saturday. They had a lot of older tools and a lot of just misc. files, screw drivers, wrenches etc.

A lot of the machines were HF type stuff. I ended up with a 1” bench sander, brand I never heard of. I would say a got a good deal, maybe not great. About 50% off what they were asking. But as I was purchasing it, the guy said “here take these sanding belts for it too. Ended up being about 50 belts that they just gave me. I never have to buy a 1”x42” sanding belt for this thing ever. None of the other bigger tools interested me.

The small stuff they were almost begging you to group a bundle deal up. I ended up with 24 bins and a 30 tray storage container. Each container and bin was full of screws, nail, misc. Stuff like that. I’m sure we all have those bins. They didn’t care what was in the bins at all. It was kind of like “here take this and this too”. I was going back today but didn’t make it. From the way it was going yesterday, I bet $50 would have bought you a truck of small stuff.

these sales make you think. this guy had wall to wall stuff. To me, a lot was “junk”. But I guess to this person, everything was important and everything had a purpose. Now it was to the point where they were begging for you to take some of this guys stuff. As I was sorting thru the bins I got, I could tell a lot of it was “I might need this some day” type stuff. I look around my small shop and have those same “I might need them some day“ stuff. I guess it’s just a little said when that some day doesn’t come.
B

rcarmac said:
I guess it’s just a little said when that some day doesn’t come.
Click to expand...

The contents of those bins represented hope for the future also. Besides, nobody likes to go to the hardware store for something simple they should have in their stash of consumable supplies.

I used to work with estates in years past. A lot of them were depression era people. THOSE guys could really stash away some stuff,
M

Mike
Corporate Member
Went both days. Sunday was the day to be there. Picked up the dust collector and the 12 in sander for song. Less that 1/2 price. The sander even came with a nice stand. I did talk to the guy running things and he said that they really deal on Sunday just to clean out everything. JMS Estates sales seems to do quite a few of the sales in the area. Their website list everything.
C