DaveO
I am planning to finish some curly maple this weekend. All the research I have done has lead me to the conclusion that a light 1# or less coat of shellac, then a oil or oil/varnish blend will "pop" the figure the best.
I consider shellac a film coat sealant. So please explain to me how it could be used in conjunction with a penetrating finish like oil. Does it act as a conditioner, sealing only parts of the wood. Or is it used more as a grain filler to give a smooth finish?
In my ideal word, I would like to give all the pieces a light coat of shellac. Mainly so the inside of the piece is finished but won't stink. But if I do that I am worried that any slop might affect the penetration of the oil finish that I would like to use. Please enlighten me on the mechanics/ purpose of the shellac seal coat on a tight grained wood like maple.
Thanks, Dave

Chris Mathes
Re: Shellac, why??

Hey DaveO
Let me start off by saying that I am definately no finishing expert here. I have recently picked up Bob Flexner's book and have been trying to learn. Seeing your question, I picked up the book to see what he has to say.

As you would expect, Bob definately classifies Shellac as a film finish and film finishes are not applied before a penetrating finish, like oil. I did not find any examples that he sited of using oil after the Shellac.

fwiw, he talks about 'pop'ing tiger maple, as was also a recent article in Woodcraft magazine. Both start with a dyeing process with an amber colored maple stain. The stains used are water based, so you need to wet the wood first and sand of the raised grain. By applying several 'highly thinned coats' of the stain and sanding the color between the curls after a coat, you will really make the figure pop. Keep applying, leaving the stain on the curls until you have the color you like. Bob suggests that you intensify the effect with boiled linseed oil once the dye has dried. Let the oil dry for a week and then start to coat shellac. In addition to the desired look, the shellac will cover any aroma from the oil. Both articles used a similar regiment.

The Dec issue of FWW also has an article on this...they also follow the same steps. First wet the wood and sand the raised grain..then use water-based dye..then bring out the luster with oil. There is a glazing step that they add to bring out some features of the project, but that seems to be unrelated to 'pop'ing the maple. Finally, they end with coats of thinned shellac as a topcoat. FWW suggests a coat of wax as a final step.

I hope that helps,
Chris

Dirk
Corporate Member
Re: Shellac, why??

Dave I used a formula I got from the guys @ Woodnet. BLO to pop the grain. Then 1 coat of shelac to seal it and keep the peice from changing color later on. Then about 4 coats of wipe on poly

He uses shellac first to even out any splotching that will occur with maple, cherry, birch, etc. later on.

Monty
Corporate Member
Re: Shellac, why??

DaveO
Re: Shellac, why??

Insom. that is some very interesting reading. That must be where I got my plan from. I am gonna try a trial scrap run to day one with shellac and one without. We'll see if there is a difference.
Dave

DaveO
OK, I did some testing. One piece with a seal coat of shellac, then an oil/varnish blend. And one with just the oil/varnish blend. I can decide which I like better. The one with shellac feels better, but I plan on doing some sanding on both as I build the finish. Here's the pic:

The top one is Danish Oil only and the bottom one has the seal coat of shellac, then Danish Oil. Any thoughts on which on "pops" the grain better.
Dave

Both look great in the picture. The lower one looks like it kept the Maple lighter but still popped the grain beautifully. That may be a flash / distance thing but I can't say either stands out dramatically from the other.

DaveO
Well, due to the unavailability of de-waxed Zinnser shellac at my Lowe's I am going to go with the straight Danish Oil approach. I like the more amber color it gives. The one with shellac has a more grayish hue to it. I am still going to shellac the insides of the case and drawers to help keep the equilibrium, but I don't have enough to do the whole thing. I'll just brush carefully.
Dave

Monty
Corporate Member
Both of those look great from the photos, but capturing figured grain pattern with a camera flash is tricky to begin with.

I could be way off base here, but I think the shellac seal coat is really intended more for non-figured woods where you're going for a more uniform color match... you don't want the oil to soak in too deep in certain parts vs. certain other parts of the wood. With highly figured wood like you've got, I've got to believe that applying a sealer first is kind of the opposite of what you're trying to accomplish. Like I said, I may be totally wrong about that... just saying what makes sense to my feeble mind.

Either way, looks like you've got some great stock to work with there!
C

D L Ames
Insom, that was some interesting reading, thanks for finding it and posting it for us. Gary, thanks for recommending it.

Dave, both of those samples look great to me. I would recommend going with which ever technique you feel most comfortable with. I can't wait to see it applied to that jewelry box.......its going to be a beaut!

Chris Mathes
:?: Dave...how did your project turn out. I am going to be finishing some curly maple soon and I was wondering if you were happy with your finish or would have done it a different way..?

DaveO
It turned out really nice. I used just a few coats of Danish Oil. I was going to apply a few coats of spray lacquer, but the wife (it's her jewelry box) said that she liked it just the way it was. There are several pictures of the box in my album, sub-category "boxes". I have always been happy with the results I get from Danish Oil, and I like the speed in which it can be applied. My only complaint is having to wait 72 hrs to top coat...I'm not a patient man.
Dave

Chris Mathes
Yes, Dave, that jewelry box is awesome...I don't know why I didn't remember that was what you were working on...anyway...it's very nice. I'm glad to hear you are still happy with the finish...especially a couple weeks later. 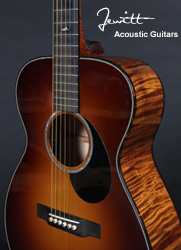