No way, gotta be a scam 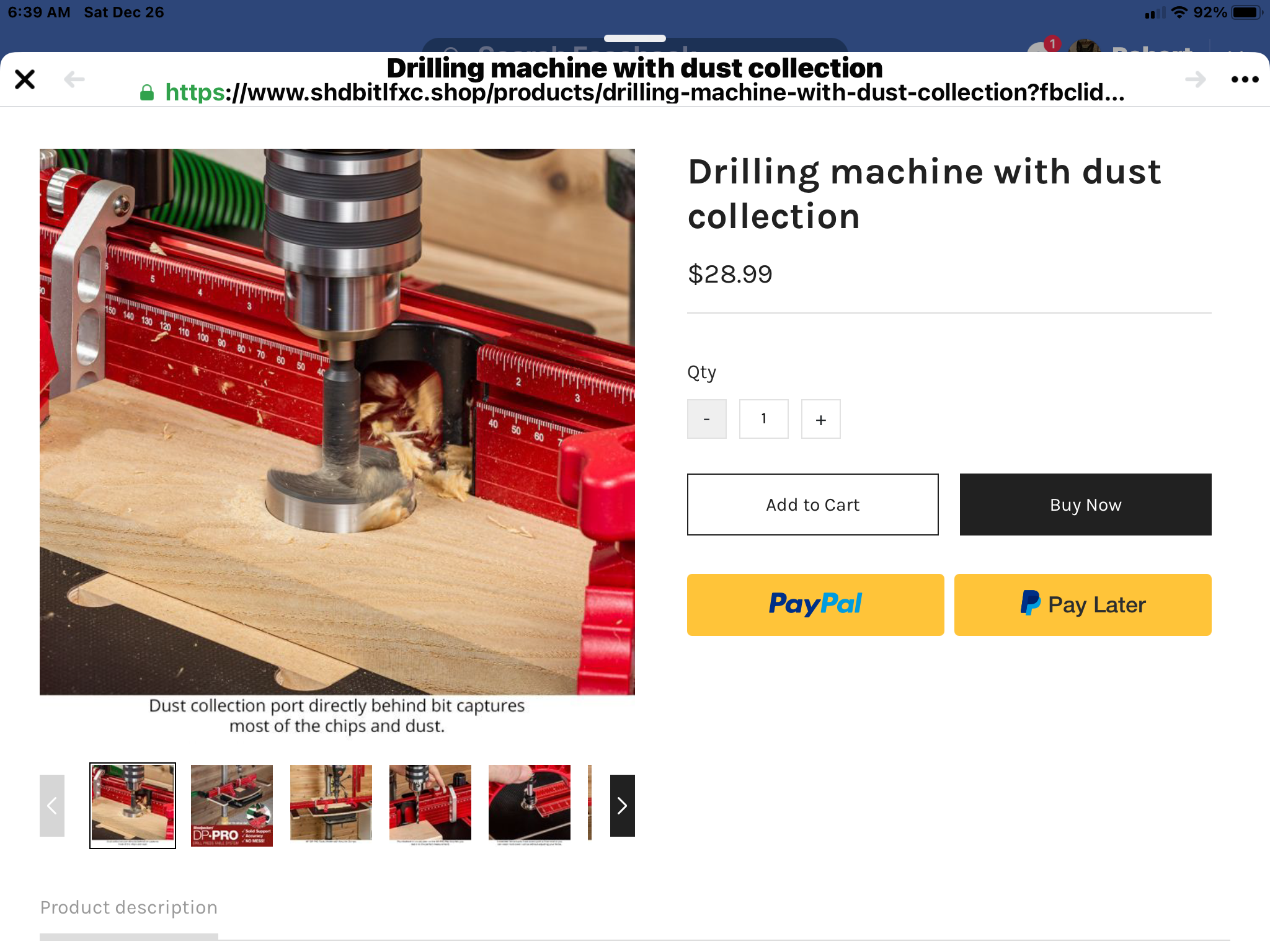 For a Woodpecker fence system? Ha!

Mike
Corporate Member
This is what your Woodpecker tools actually should cost. This is Chinese no name copy of the too expensive aluminum you cherish.

Lecil
User
Agreed! If it isn’t I’ll take one.

Mike
Corporate Member
Some people do.

Have you ever walked into a shop with a whole wall covered in red aluminum.
It looks like a shrine and the stuff is never used for fear of scratching it.

Scott
Staff member
Corporate Member
I have one piece of red aluminum in my shop. It is the Greg Paolini pocket ruler and I use it a lot.

Daniel
Corporate Member
Considering they are selling a Shaper Origin ($2499) for $24.99 I'd say the site is a scam. 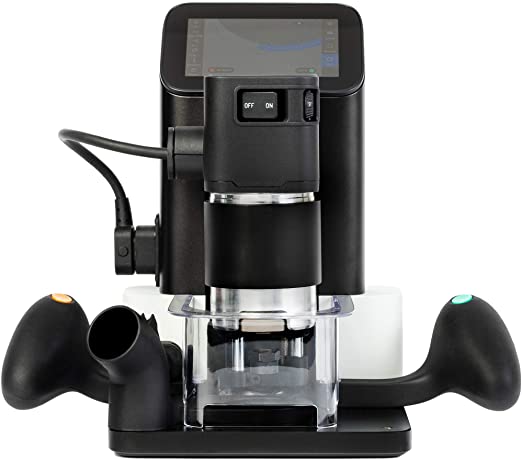 Jim
Senior User
I ordered a Chinese copy of the Woodpecker corner clamps from Banggood recently. I charged it to Discover and they sent me a note asking if it was fradulent use of my card. I OK'd it and waited about a month. Then they came. They were not packed great and had a couple nicks but they seem to be totally square and the markings in imperial and metric seem to be accurate. I'm happy to have two of these with the little clamps for $40. I think Woodpecker gets $250 for 4 of them, so over twice as much. I'll take a couple cosmetic issues and a long wait to save over 50%.

I think it is wise to be cautious about these sort of websites, however. I saw a review on youtube of the corner clamps and it was positive so I went for it. Same youtuber likes their digital height gauge but it is not cheaper than some from more normal sources so I have not gone there.

Bruce Swanson
Corporate Member
If that is an advertisement on Fakebook it can very well be a scam. Those ad spots can be bought by anybody to offer almost anything and it is often a scam. Fakebook used to be ok, but lately it has been the site of scam artists from paid advertising to FB Marketplace. For example a small Airstream travel trailer that is rare and like new has been advertised for sale in several different areas and states, same picture and sometimes multiple offerings of the same trailer, same picture, 4-5 times on the same screen shot--obviously a false offering. The same goes for compact tractors with front end loaders, other travel trailers, trucks, tool sets at prices too ridiculously low to believe, and all using the very same photo, being offered by different entities. If it is an offering almost too good to be true, it's a scam. Fakebook doesn't care about it's integrity, just the money it makes.

Donn
Corporate Member
I agree that Woodpecker tools are expensive, but I will also argue that they are well-made and they often have design features that I find very useful. If you visit my shop you will see a few Woodpecker tools on the wall; I find it an easy way to store and access them. I try not to view tools or tool brands in terms of being over-priced or over-rated. That said, there are lots of tools that I will not purchase because I believe them to be too expensive based on how often I would probably use them. The flip side being that I have purchased expensive tools that I use a lot. As to the question of wether the drilling machine Robert mentions is a scam or not, I am pretty certain it is not a genuine Woodpecker product, I have never seen their products sold that cheaply.

Martin
User
This guy does a number of reviews of tools like these under the title "China tools."

Mike Davis said:
Some people do.

Have you ever walked into a shop with a whole wall covered in red aluminum.
It looks like a shrine and the stuff is never used for fear of scratching it.
Click to expand...

But, Mike, when you last visited my shop you did not leave an offering at my red aluminum shrine.

Willem
Corporate Member
If I can help it, while not always possible, I try my best to avoid Chinese purchases. Have never purchased anything from Horror Freight (AKA Harbor Freight).

It is not about me, rather the future of my grandchildren.

thats hilarious! I wonder if anyone actually falls for that? Im surprised they dont offer it for $1899, Ill bet theyd "sell" alot more of them!

chris_goris said:
thats hilarious! I wonder if anyone actually falls for that? Im surprised they dont offer it for $1899, Ill bet theyd "sell" alot more of them!
Click to expand...

Another option based on some of the poorly composed instructions and descriptions I've seen from foreign countries is a simple typo by someone who doesn't understand the nuances of the English language and decimal points......
I think it's like the Worksharp 3000 fiasco from Home Depot online a few years ago where someone didn't proofread the ad before it went out, only no one saw the obvious.
I, myself bit on an offer from a company called deceao.com a few months back only to be sent a pair of clear RayBan glasses instead of a remanufactured DeWalt rotary laser for $100. The credit card company rescinded the charge when I complained. The website, although prominently advertised, is no longer accessible.
S

Martin Roper said:
This guy does a number of reviews of tools like these under the title "China tools."