Gene
Corporate Member
Here's the next cherry burl. This one finished out about 15" in diameter. I got two cores out of it with the McNaughton. It was much easier to core than I expected. The cores were taken inside the big bark inclusion but it was close on the larger core. I'll post photos later of the cores when I get to work on them.

I kept the wall thickness of this bowl at ~3/4" as I was concerned about the structural integrity. I did wrap the bowl in reinforced tape while turning the inside. Sanded to 400 grit.

Need to decide on a finish. Suggestions?

FWIW, some of the bark inclusion is really sap jelly. This burl had major sap jelly. The burl was also wet and made a mess of tools and lathe while turning. 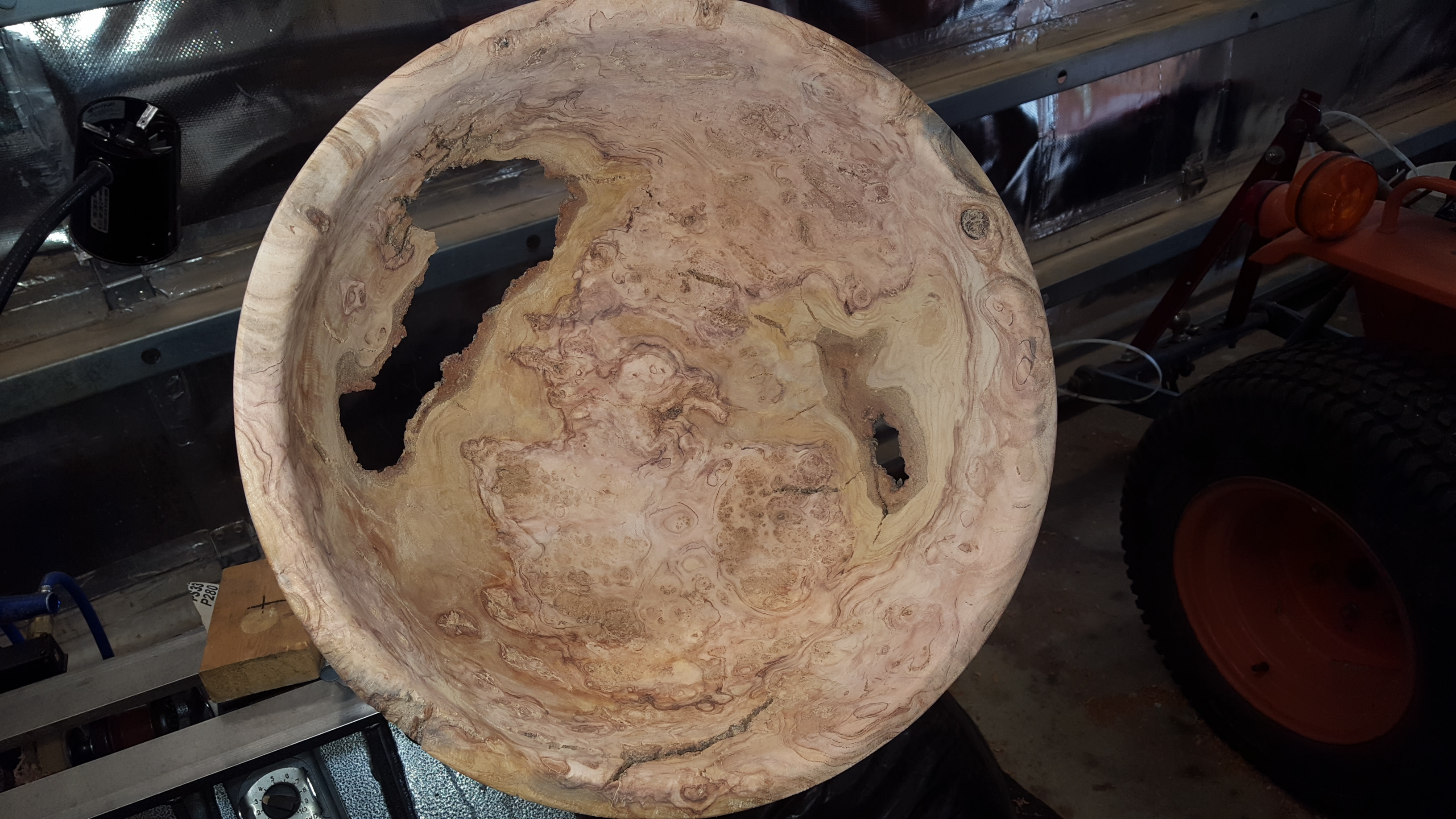 The figure in the bottom of the bowl carries over into both cores. They should turn out nice.

Here's a tease: I've got a 14" bowl from the other side of this burl (the burl wrapped the trunk) in the shavings pile along with a platter with outstanding figure. So more to come.
J

Jon
User
An oil finish would look really good on that burl, I use Minwax Teak oil (it has some UV inhibitors). I generally put on 3 good coats letting it soak in for 15 minutes each time and waiting 24 hours between coats. After that cures for at least a week you can buff with Tripoli and white diamond and you'll get a really nice soft luster without being too glossy.
D

Gene
Corporate Member
I was thinking tung oil. I have some 100% but may try some of the Minwax for the UV inhibitors.

Robert
Senior User
Tung oil will significantly darken the wood over time. I use walnut oil to keep the just-finished natural look of the piece.

Steve
Corporate Member
That's got some beautiful details in there.
M

John
User
Nice.
I have used OB shine juice or bees was mixed with mineral oil on burls. I usually try to stabilize the blank prior to turning then use sanding sealer before the wax coat.

Btw. Do you have any cut offs from the burl ?
D