Phillip Cooper
Corporate Member
I'm looking into the idea of moving into the laser engraving area, but would like to keep it on a budget. I would like to do simple logo work, not really into cutting so much as doing surface level lettering and pictures on the small side, at least to get going. Anyone have an entry level machine that they could recommend? I'm not looking to spend thousands of bucks to join, but don't want junk either. I'd also like to find something that you know to be somewhat reliable for the money. My size of work might be between 12 and 18 inches square or so... Thanks for all input!!!

James
Corporate Member
I've had a two lasers - a 2W diode laser (generic ebay import) that cost $200. It worked, but wasn't great. Never tried doing pictures with it, and it was slooooow. It had a work area of 55cm x 50cm, but I would never do anything very large on it. The bigger the work I did, the more the slop showed. Had I not bought the 2nd laser, I would've cut the aluminum frame down smaller to make it more rigid. It also came with really crappy software (called Benbox), though there are other alternatives out there.

My 2nd laser is a 50W CO2 with a Ruida controller and a 12"x20" work area. I bought it for $500 off of a friend who built an Esty business off of it and upgraded to an Epilog. These are about $1000-1300 new. It is a huge difference over the 2W diode. Engraving is cleaner and faster. Where the 2W would essentially just burn an engraving, the 50W actually engraves. I've also done a few photos with it and it works very well. You just have to learn how to prep the photo in the software. I use RDWorks for the software, and Inkscape to do design. RDWorks is free. Many people like Lightburn, which I think is $80.

All that said, why not get a laser attachment for your CNC? Looks like there are several diode attachments available. Not sure how that would integrate with your existing cnc software though. I guess one downside would be switching out the router and laser heads. But you get the upside of it being on the CNC's solid platform & gantry.

beloitdavisja said:
All that said, why not get a laser attachment for your CNC? Looks like there are several diode attachments available. Not sure how that would integrate with your existing cnc software though. I guess one downside would be switching out the router and laser heads. But you get the upside of it being on the CNC's solid platform & gantry.
Click to expand...

I thought about that, but with my machine, I'll have to add hardware other than the laser. I think the cost here is about equal to a good laser. The other issue is, I've got my CNC going so much I don't know that I want to have it doing laser work. I think I'd rather have a second machine, so that's why I'm looking this direction. I have software that supports laser, it's just the hardware that I need to work with. I may end up doing that though, depending on how this thread goes.

Berta
Corporate Member
My son bought a glowfordge. He liked it and bought a bigger one. Michael Mathews bought a small one.

Berta said:
My son bought a glowfordge. He liked it and bought a bigger one. Michael Mathews bought a small one.
Click to expand...

I looked at those, nice machines, entry price is out of my budget though. I'd guess I'm looking for something along the lines of half that (or less) but not super slow either. Maybe I'm asking for too much for too little? I may have to wait a while longer to get into this.

Red
Senior User
I'm going to follow this because I get asked all the time about laser engraving my cutting boards so a decent entry level unit may be something to consider.

Daniel
Corporate Member
From research I've done, entry level machines are mostly Chinese imports, with little support, and some take fiddling with to get up and running. eBay and Amazon are loaded with them. Glowforge is the buy it and use it laser, I've often seen it described as the Silhouette/Cricuit of lasers (so easy even your mom could use it) Sawmill Creek has a whole section of their forum dedicated to engraving/laser machines, with about 20,000 messages in there. I'm saving up now myself, not sure if I'll go the Glowforge route, or something else. Or maybe get a CNC plasma cutter instead.

Phillip Cooper
Corporate Member
I've been reading various items online about different machines, seems the Glowforge is the one to buy to just get it and go, but the price point is my problem, but I don't believe they're not worth it, just outside my funds level. Everything I see so far seems to sacrifice speed and durability when the price falls much below four figures. I'm ok with not the fastest thing and a reasonably durable machine, but reviews online seem to suggest the inexpensive stuff is so inconsistent that they aren't really 'reliable'. Guess that's why I'm asking here if anyone has one/experience with lower end beginner equipment.

James
Corporate Member
If you're on facebook, there's a group I'm on that can be helpful: Facebook Groups
Most of it is geared towards CO2 lasers, but there are some with diode lasers.

The opinions on there about the glowforge is pretty polarized. There are some that love it, and a lot of others that think it's overpriced and under-featured. The Glowforge Basic ($2495) & Plus ($3995) are both 40W, and the Pro ($5995) is 45W. For the price, most opt to get an import CO2 that is more versatile. Like I mentioned above, my 50W is usually listed at $1300 on ebay and pretty much does everything a glowforge does. There are some US-based resellers if you want more support (BossLaser, Trotec) but you'll also pay extra for it.

In the sub-$1000 market you're going to be looking at two things: A cheap diode laser (where reliability is very iffy), or a K40 (40W CO2 laser). The K40's are pretty good machines and are very popular with hobbyists. They run about $400. But, the work area will be smaller - the typical one is 12x8". There are tons of online forums & facebook groups dedicated to the K40 if you need support.

I still do have my 2W diode laser if you want it. $40? (Though I will say that I won't provide any technical support!). I think you can use either LaserGrbl or Lightburn to run it. Located in E. Charlotte/Harrisburg area. I could probably tinker with it to make sure it works with LaserGrbl.

James
Corporate Member
Actually, you can have the 2W for free it you want. (Just remembered that I was lucky enough to get that hickory lumber you offered for free)

beloitdavisja said:
Actually, you can have the 2W for free it you want. (Just remembered that I was lucky enough to get that hickory lumber you offered for free)
Click to expand...

Let's work that out, we can connect somewhere, no hurry. You can send a conversation if you want with a suggestion on how to connect.
Last edited: Oct 19, 2020

Jack
Senior User
I bought an 8w chinport just to burn the emblems on the urns, each emblem is really clean and takes 30 mins. Also bought the engraving head but haven't used it yet

red said:
I'm going to follow this because I get asked all the time about laser engraving my cutting boards so a decent entry level unit may be something to consider. 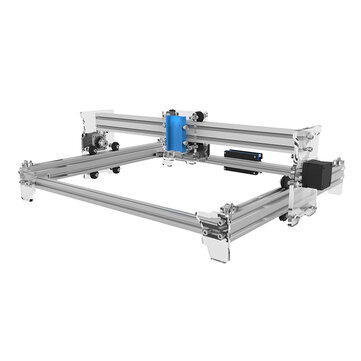 Jon
User
I have a NEJE Master 3500 that is a 3.5watt laser, it can laser around a 6" x 6" area, works well for doing cutting boards, pens and other small stuff. It's fairly easy to use, hooks up to a laptop. There is a woman in CA that has a website that caries them, her name is Nancy, she's very knowledgeable and helpful. This is her website: https://nmclasers.com/

JonB said:
I have a NEJE Master 3500 that is a 3.5watt laser, it can laser around a 6" x 6" area, works well for doing cutting boards, pens and other small stuff. It's fairly easy to use, hooks up to a laptop. There is a woman in CA that has a website that caries them, her name is Nancy, she's very knowledgeable and helpful. This is her website: https://nmclasers.com/
Click to expand...

I ran across a video on youtube featuring a slightly larger version of that machine, the guy even shows one like yours in the video for size reference. I like that size and especially the price. For my use that might do, for a while anyway. That is helpful info, the more I look into this the more I find to research. I had the same uphill battle with my CNC knowledge, and now that I have a decent handle on that I think I'm ready to take this on.
J

Jon
User
You are correct, there is a new larger NEJE machine out, I haven't see pricing for it yet. NEJE has a 7watt, 20watt and I think a 30watt laser head available. The 3.5watt that I have is good for engraving wood and similar stuff, the 7watt will engrave non-reflective metal and the 20watt will cut thin wood (it's not really suited for engraving). I don't know anything about the 30watt. Nancy from nmclasers has a Face Book user group, she is a good resource and is happy to help with any issues.

SabertoothBunny
User
I have the NEJE 3500 laser engraver as well. A great place to get them is www.nmlasers.com, the owner is a lady named Nancy. There is even a facebook group dedicated to this laser and its users.

The laser engraver itself is pretty nice and fairly inexpensive. I recommend the website above because you know you are getting the actual laser you want versus a re-engineered overpriced knock off and I got mine there. So I am repeating everything JonB said but that makes it all the more true. I also got the add-on attachment for engraving pens/bottle stoppers. Its all pretty cool stuff.

Peter
User
I have the NEJE Master 7w and use it for my logos. I have used it to print a tree with the husband and bride sitting under it. 3+’ away, the image is amazing. Close up, it is pixelated which was expected. The picture below was my test before it went on the actual piece.

Ken
User
I can vouch for the Glowforge being take out of the box and start using.
My wife purchased the Pro model and started using it right away. Several months later, I started using it.
Big difference from using a CNC router, but much easier.